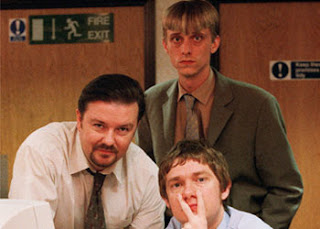 I love the Labour party. Yesterday they made me laugh so much I almost did a tiny wee.

This isn't a defection post, it's a long overdue homage to the ability of the Labour party to knock its own PR stunts into a cocked hat and bring some much needed joy and schadenfreude to everyone else in the political village.

Yesterday, the much heralded hashtag #AskEdM appeared on Twitter. Billed as an intimate chat with the leader of the opposition, it was designed to offer the twitterati an opportunity to engage with the super-hip IT conscious Ed about his vision for Labour's return to power and what this country would look like under his stewardship. It didn't go down like that.

@DanBrusca: Hi Ed. As Prime Minister how would you handle the Kobayashi-Maru situation*?

[*reference to Star trek : a supposedly impossible test for cadets at Starfleet academy, only ever completed by Jim Kirk, in which they have to rescue a stranded federation ship from the Romulans.]

@FelicityParkes: Where did Ed Balls touch you? show us on the doll.

Everyone was at it.

@agcolehamilton: Ed, will there ever be a boy born who can swim faster than a shark? [apologies to Steven Merchant and Gareth from the Office]

Even my 9 month pregnant wife asked him where babies come from. It was a riot.

The questions continued to pour in, well past the point at which Ed threw in the towel with a right-on 'it's been a blast, lets do it again sometime' kind of tweet, at which point he probably wished that he'd spent the time prepping for next week's PMQs (let's face it he could use it).

Yesterday's fiasco is just further evidence as to how comprehensively the Labour spin machine has derailed since the heady days of Blair and Mandy. Yesterday's disaster is eclipsed only by the litany of PR catastrophes of the recent Scottish campaign, my own particular favourites being:

2: The poster campaign to advertise it's horrendous knife crime policy: CARRY A KNIFE GO TO JAIL WITH LABOUR. There are lots of them there already and Jim Devine is getting your cell ready...

3: Iain Gray's assertion in the Lothian manifesto that he wanted 'a zero tolerance approach on literacy'. You know how it is, everyone has an aging aunt who gets wired into the sherry at Christmas and then starts composing Haikus, we all laugh politely, but it's wrong. Stamp literacy out, right out.

With at least 4 years between Labour and power in either Parliament then they have time to iron out the kinks in their messaging but for now, I can't wait to see what they come up with next...